Talk to a Satellite Specialist 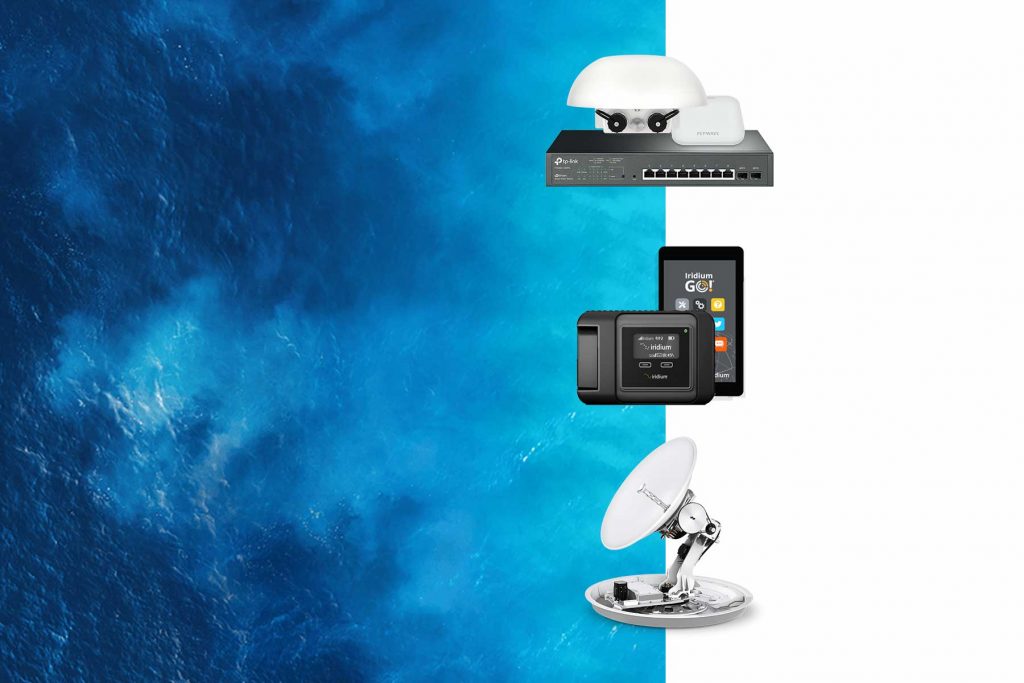 If you own a boat or a yacht, you know the frustration of getting away from the coast and realizing you forgot to send that important email. Or you’re trying to connect to the marina hotspot, only to realize that it barely works at all. Whatever the catalyst, you’re probably realizing that there must be a better way to stay connected from the water. There are quite a few options for marine internet, from high-powered cellular routers that allow streaming and gaming to satellite hotspots that pair with your phone for calling, texting, email, and weather checking. Figuring out the best solution for you is a simple matter of understanding your needs and travel habits.

The three main types of marine satellite systems are cellular routers, satellite phones and hotspots, and satellite antennas. These three categories cover basically everything available on the market, from systems for small sailboats to the biggest megayachts.

The first option we usually recommend for consumer sailors is our Peplink HD Dome package. This marine cellular router works up to 20 miles offshore, and comes in two different main options, the HD1 Dome and the HD2 Dome. The HD1 Dome includes a single cellular router that houses 2 SIM cards, while the HD2 Dome has two embedded cellular radios and is capable of supporting up to 4 SIM cards. The package includes a PoE switch and an access point, allowing the cellular router to be installed high on a mast while the PoE and access point remain in the cabin of your vessel. For more SIM card slots with easier access, a SIM injector can also be purchased.

Cellular systems are great for vessels that stay somewhat close to shore, allowing streaming and web surfing when in-network. The data is significantly cheaper than any other option, and usually much faster, too. While streaming is technically possible using marine satellite antennas, it is not recommended due to the extremely high cost of data. The obvious issue with marine cellular internet is the range- once you get outside of the cellular network, you’ll lose all connection. Still, cellular is the most affordable and fastest option available.

For sailors that are often going further than 20 miles offshore but don’t have the budget for a marine satellite antenna, a marine satellite phone or hotspot is the perfect option. These devices work off of global satellite networks, providing service practically anywhere in the world. Though they can’t be used for streaming or any real web surfing, satellite phones provide a much-needed safety net when traveling far off-shore.

The Inmarsat IsatPhone 2 is a top-of-the-line satellite phone on the Inmarsat global network. It’s reliability is matched by it’s sturdiness of design, making it a favorite of mariners that use it as a backup communication device. It is used just like a cell phone, with calling and texting possible from anywhere in the world except at the poles. For someone wanting a simple emergency phone, this is the best option for them.

The Globalstar SPOT X looks like an old Blackberry cell phone, but don’t let that fool you. It is among the newest SPOT devices put out by Globalstar, allowing a user to track location, send text messages, and send out SOS distress calls when needed. All of this is done through the keyboard on the device. The SPOT X can also be connected to a cell phone via Bluetooth, allowing phone contacts to be transferred to the SPOT X. While it doesn’t allow for calling, it offers a very affordable solution for simple remote communication and location tracking. As a backup to a cellular system when away from the shore, the SPOT X is a perfect solution.

Finally, the Iridium GO! is a small satellite hotspot that provides calling, texting, emailing, weather tracking, and VERY light data use through a cell phone. Simply turn it on, connect via Bluetooth, and get connected with your normal cell phone. Iridium provides a family of apps that work well with the Iridium GO!, allowing you to make the most of your connection. On the device is an SOS button, providing a safety net in case your phone dies. Easily the most robust offering, the Iridium GO! is the best choice for the sailor traveling far off shore that doesn’t want a marine satellite internet antenna, but does want the next best thing.

For vessels that travel far off-shore but need to stay connected, there is only one option- a marine satellite antenna. Though the most expensive choice both in equipment cost and service costs, marine antennas are the only way to stay fully connected while out at sea. For consumer boats and yachts, the three best options are the KVH TracPhone V3 HTS, the Intellian v60E, and the Kymeta u8. Most marine antennas, such as the V3 HTS and the v60E, are medium-sized domed units. Some, like the Kymeta u8, are small flat-panel systems. Both types deliver usable data speeds from practically anywhere around the globe.

The current standard for consumer marine satellite internet is the Intellian v60E. Among the newest antennas on the market, the v60E has been causing quite the splash with a lower price point and more affordable data plans than the competition. Installation is relatively simple as well, and the total size of the equipment is only 60 centimeters. For boaters that need the simplest, most intuitive system, the Intellian v60E is the choice for them.

The KVH TracPhone V3 HTS is regarded as one of the best consumer-grade antennas on the market, with tens of thousands of units installed across the world. Though the antenna itself is among the more affordable equipment options, the service costs are very high– users can expect to pay about $500 or more per gigabyte of data. Still, the network is worldwide and the data speeds are very good. For a tried and true antenna that can provide great service from anywhere in the world, the TracPhone V3 HTS is a great option.

Finally, the Kymeta u8 is a flat-panel antenna that offers easy installation and regional or global service plans. The u8 is very easy to install and is the least visually-intrusive option due to it’s flat-panel design. Though global service plans are comparable with KVH prices, the regional service plans offer a much more affordable option for deep-sea travel around North America and the Caribbean. The equipment cost is hefty though, with a price tag higher than both the V3 HTS and the v60E.

We get it, it’s a tough decision. If you need some help weighing your options, give our sales team a call so we can help explain each system fully. From an affordable near-shore cellular router to an international marine satellite antenna, we have all of the options to help you make the most of your marine internet. 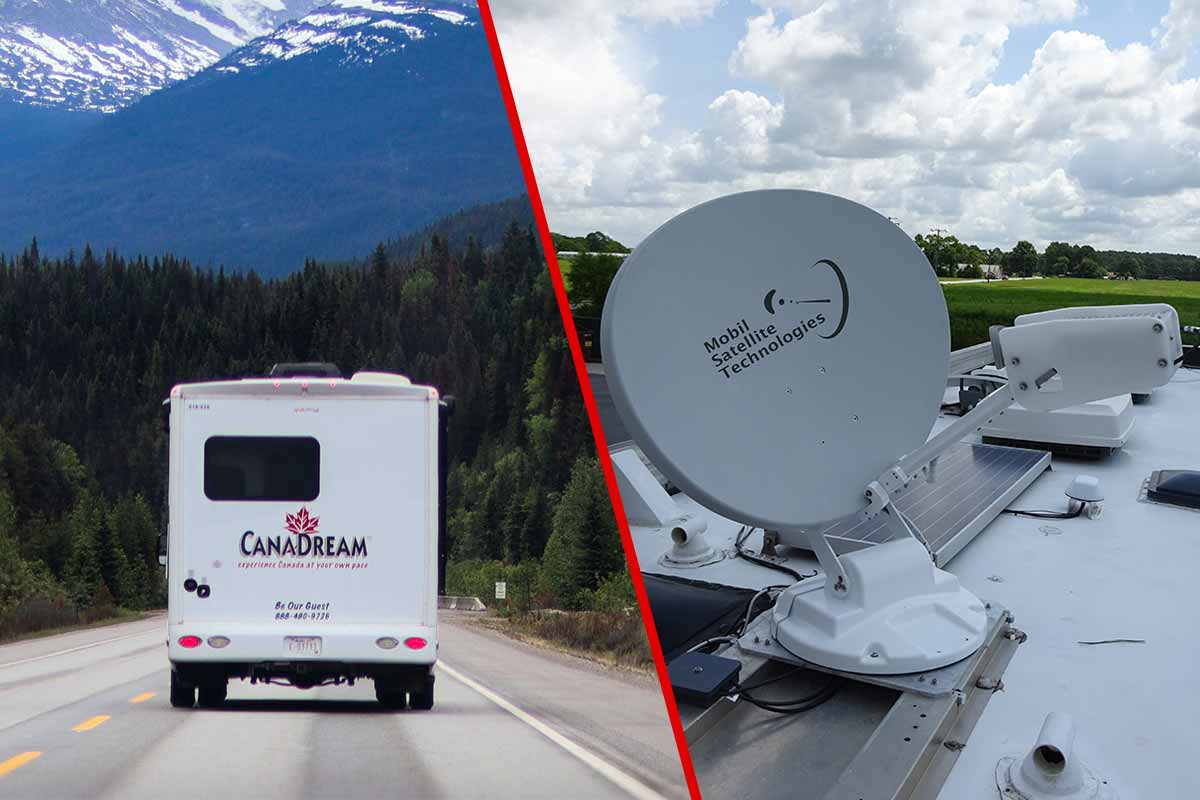 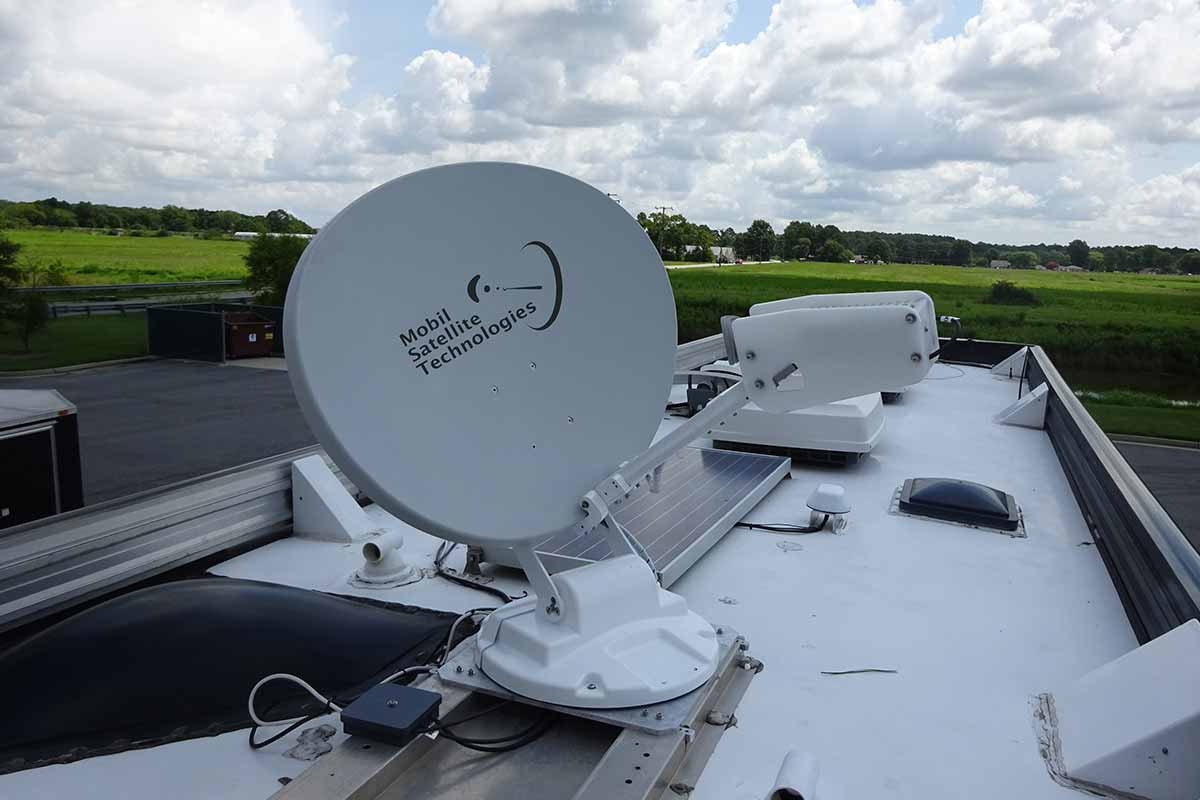 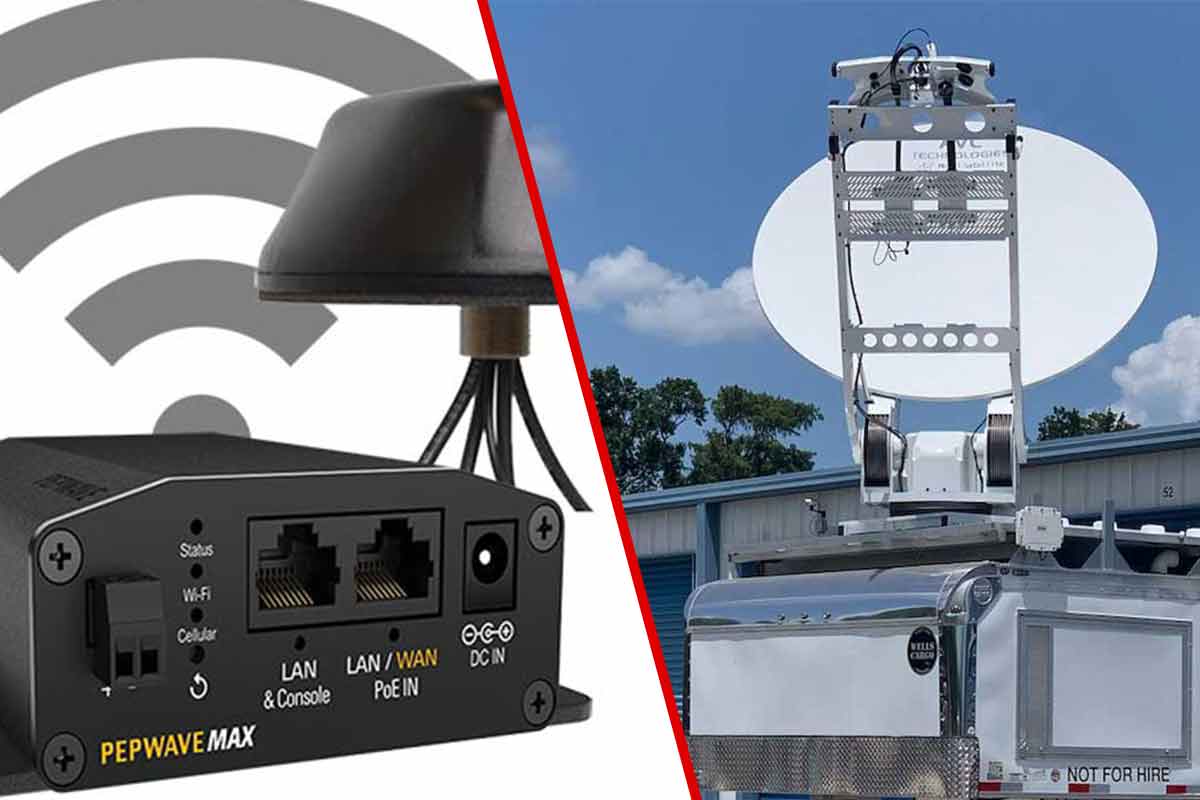 The Differences Between Cellular and Satellite Internet

Talk to a Sales Engineer
Leave us a Message

Interested In Our The Best Marine Internet Equipment for Consumers?
Let's Talk.

Fill out the form below and one of our experts will be in touch promptly.

Talk to an Expert

Leave your info below and we’ll be in touch promptly to learn more about your situation and recommend a solution.

Have a question?
We're here to help.

Fill out the form below and one of our expert satellite professionals will be in touch promptly to discuss your options or take your order.